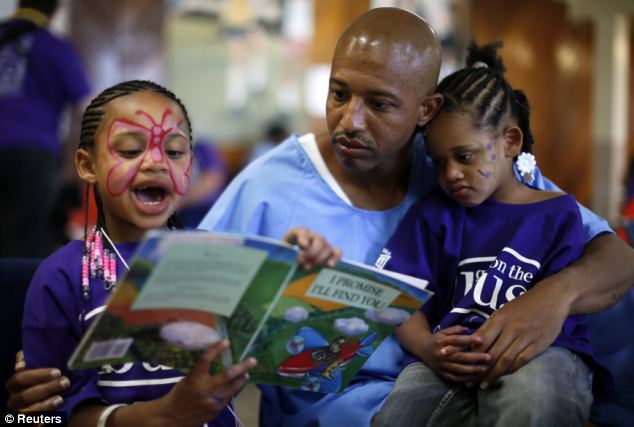 Summer is just about over. And for some kids, that means that their time at camp has come to an end as well. Some of them could have been at band camp, dance camps, day camps, or even fat camp (which I have some serious issues with. But I digress…). But for some kids, camp was a week long trip that allowed them to spend time with their fathers behind bars.

House Hope is a DC based organization that offers multiple programs to not only strengthen the relationships among families in which the father is a DC prisoner, but attempts to build community among the mother and children left behind. According to their site:

“It has been said that when a person is sent to prison, the whole family is imprisoned as well. There are more than two million men and women in U.S. prisons. It is estimated that seventy-five percent are parents who have left behind between two and five million children. Most families who begin the incarceration experience intact will not remain so together.

According to a report in the Baltimore Sun (March 2, 1997), Washington D.C. has an incarceration rate that is four times the national average. Faced with a Congressional mandate to close its troubled Lorton Correctional Complex in Fairfax County by December 2001, all District of Columbia inmates were transferred to federal custody, and are being held in dozens of prisons, some as far away as California.”

The Father to Child Summer Camp Behind Bars is one of House Hope’s programs. Children of prisoners spend a week at a campground or conference center near a prison in Maryland or North Carolina. For several hours a day they engage in activities with their dads in prison. According to the site, the program is the first of it’s kind and the only summer camp for male prisoners in the nation.

Organizations like Hope House really remind me of the capacity we have to envision solutions to issues affecting our communities. This is an innovative way to address the multi-faceted issue that is the prison industrial complex.